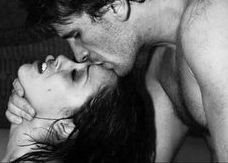 Jordan was driving to Venice Beach where they would say their goodbyes to the interns who weren’t hired, and congratulate those that were.

“Sam, Do you remember which turn it is to Mr. Rothchild’s condo?”

Samantha was staring out the window at a strip of creamy white sand attached to a churning blue ocean, like a painting she recognized but couldn’t recall the artist’s name.

“Huh? Oh, I think it’s the crossover near Maiden’s Lane.”

“Sure, just wondering about Nathaniel. Do you think he’s gonna show?”

“Of course he is! Cheer up! You’ve every right to be bitter, Sam.”

“Listen, you’ve done this party three years in a row. You know the ropes. Shmooze with the interns who are sadly leaving. They’ll be drunk by now. Be your charismatic self and dance with them. You look like a dish in that dress. But stay close, I’ll be here for you, as promised. I’ll be catering to you hon. Bring you a martini. Whatever you need.”

“That sounds ominous,” she said dryly.

The sunset was beaming reds and oranges in the sunglasses of the secretaries lolling on lounge chairs in skimpy swimwear sipping cocktails waiting for Mr. Rothchild to announce the hired Interns. They do care who is chosen. It meant new male blood on the fifth floor. There would be a salute and a farewell to those poor losers, though.

Jordan was right, the party was in full force. Samantha didn’t see Nate in the crowd. Had he been hired? Yes, she believed he had. And if so, what? She felt conflicted either way.

He’s not here, but you can’t think about that now Sam warned herself aloud as she raised a shot of tequila tapping it against Shawn’s while throwing her head back, then wiped the salt off her mouth with the back of her hand.

Many appreciated this event because it allowed all the employees of the firm freedom to get plastered off premises.

“Too bad Nathaniel’s not here to see you in that sexy sarong. He doesn’t know what he’s missing!  Dang girl, go find a dance partner.”

Jefry, one of the drunken interns tried to lift Sam’s skirt.

“Are you wearing anything under there?”

Samantha slapped his hand fiercely and ran toward the water. Jefry tried to follow her but fell flat on his face, so she kicked off her sandals for more traction.

It was a sultry evening, and the cool sand felt refreshing on her bare feet. Samantha strayed toward a strip of light.  When she squinted, she saw it was a reflection of the rising moon on a wave. She breathed in the salty air, the waves luring her like a purposeful trail away from reality; perhaps a road she hoped, to another dimension.

Mesmerized by the beckoning light she struggled to the top of a sand dune. She only yearned to plunge herself into the beckoning sea. She imagined that somehow her drunken tears would mingle with the cool salty foam and that she might be reborn. A sort of baptism. She imagined herself an ameba returning to the place of her birth.

Yes, that would be perfect. “No body, No evidence.”

She stood on the dune, swaying in the breeze. She’d always adored the night sky with the sea’s soothing song. She felt light as a seabird now,  descending, then rising over the next dune.  Coming to a crest, she envisioned a silhouette of a man and forged upward, her feet squishing the sand, making piles of deep tracks.

She descended slowly, balancing herself, to keep from falling forward, but she tripped, Plowing down the dune.  She began to believe the man was Nathaniel. But no, this man was wearing cut off Jeans and he was shirtless.

At the same time, she grew cautious, fearing the person was moving toward her. She stood swaying for a moment, then took a step toward him, tripped again, and stumbled directly into his arms. Sighing heavily, she rested her cheek on his warm chest and breathed in the briny scent of his skin and lifted her face.

He held her up like a rag doll and resting his chin on top of her head he rocked her softly.

She tore herself away and ran hard up the wet sand crying tears she refused to allow him to witness.

Nathaniel gave chase and overcame her. His strength and determination mastered her inebriated state when he’d tackled and pulled her down hard.

Samantha rolled, digging her feet in. She was strong too and he didn’t deserve to win this battle. She rose to her knees and tried to crawl away. He reached out grabbing her ankles with his large hands and flipped her body. Taking advantage,  he crawled over her while she flailed her arms tearing at his hair.

But she weakened, leaving her open, so he was able finally to lay his heaving body across her torso. He held her arms above her head which triggered Samantha’s rage and renewed strength. She was able to twist her hips when he relaxed thinking he had won.

She laughed in his face, and rolled, digging into the sand. The painful forward crawl bloodied her knees. Nathaniel thrust his body forward.

He got a grip on her ankles and dragged her backward through the cool sand, creating a trench with her body.  Her sarong slid up to her waist exposing her bikini. Nate made a decision and lunged, but she dug in with her heels, kicking sand in his face.

He turned his head and spit sand, then took another quick lunge pinning her again, and he lay his head on her chest, pleading.

She calmed herself and lay there silent for a moment. She nodded. He squeezed her hand sliding his downward, slowly, carefully. She remained calm, blinking, looking into his deep sea eyes.

He relaxed back on his heels.

“Samantha, do you still want me?”

She’d never seen Nate without a shirt. His wide hard shoulders,  his bare chest pumping and glistening in the moonlight, his breast heaving.  She watched the patch of hair that crossed above his nipples and dipped down in a thin line toward his navel and longed to trace it with her finger. Sam couldn’t find her voice because she was suddenly gagging on her own desire.

She blinked and nodded again.

Nate carefully peeled her dress down to cover her nakedness, holding one of his arms out in defense to prevent her from kicking him again. Samantha smiled and lay quietly watching and listening.

“I’m crazy about you Samantha, but it’s time I tell you the truth.”

“I truly love you Samantha, but it was impossible with Levin.”

“Levin?” She burst into tears sobbing on his chest.

“Oh my poor Nathaniel, what have you been going through?”

He cradled her in his arms.

They lay there together in the trench of sand holding hands, watching the soft moon glow over the crashing surf.  Stars blinked alive one by one. The mystery of it all yet to be solved.

To be continued.….New Chapter: “Rothchild vs. Levin”

They’d waited until after the vote to impeach Levin. With the assumption that he would not vote for Nathaniel, they agreed the votes would be two to one. And so Nathaniel was officially invited to join their team. It was up to Nate now to accept or reject the offer, however.

They’d served Levin papers the following day ordering him to resign. Levin, of course, countered with a lawsuit based on the unwarranted accusations, none of which was rape. They had hoped he would quit because he’d threatened time and time again to start his own firm due to long drawn out disagreements. That would be just fine with Martin Rothchild.

Rothchild had hoped blackmail wouldn’t be necessary, but he wasn’t above it.  In this case. He would certainly twist the knife if forced to.