SARAH GOES FREELANCE AS A MAKEUP ARTIST AND PHOTOGRAPHER’S MODEL!

I was trying to make it in Los Angeles as a freelance makeup artist. It was a risk I took in order to free myself from the chains of dependence on child support, and the constraints of having a boss. My awesome agent, Jessie landed me my first job as a makeup artist that ended up with me being paid to model as well.

I was never good at conforming to rules. They made no sense to me. My mother told me I should never get married because I was “too independent,” but I just shrugged and agreed by seriously rolling my eyes, “Don’t worry mom, there’s no chance of me ending up like you”. Freedom is more important to me than life. I am a self-made free-form kind of girl, born knowing who I was and had my mind made up very early.

He asked me not to wear underwear because it would make lines on my skin, and like most photographers, he asked me if I would do my own makeup. I’m a makeup artist which is why I contacted him in the first place asking him for freelance work.  Mr. Chandler may have been confused, but that was due to his age, and I forgave him for that because he hired me and he was a professional.

“Been a photographer my whole life”.

He worked out of his home in Granada Hills. When I knocked on his door his weathered face and smiling eyes told me I was entering a safe place. Old Mr. Chandler carried no air of lecherousness or sexual innuendo.

The living room was set up as a photo studio with very little in the way of furnishings. It felt like a library with bookcases stuffed with boxes of negatives, photo paper, and camera lenses instead of books.

Tacked up on his walls were exquisite black & whites of old barns and architecture. As I stood and viewed them, he said: “That’s my other hobby”. I liked him immediately.

He got right down to business and moved easily for such a large man.

“Let me tell you what our assignment is so that you know what my client is looking for. By the way, your makeup is perfect, but would you mind pinning your hair up?”

He wanted a ponytail on top tied with a pink ribbon and tendrils looping down my neck and on the sides.

I smiled because he believed I was his model and I didn’t wish to disappoint him.

He walked me into an adjoining room with a claw-foot tub. It was a set he’d evidently designed himself so that it was accessible for photographing.

The tub sat under a window, and the afternoon sun shone in.

He began to run the water. He said, “What my client wants is a bathtub shot, so I’m going to add some bubbles. We want to see only a portion of you that we choose for each image.  Also, They want you in a negligee, so you will enter the room and I’ll take the shot of you in the nightgown, then you’ll take it off, and I’ll get that shot. The next shot, you will be stepping into the tub, and so on. It’s a sequence of events until you get out and pat yourself dry.”

He was handing me the negligee, “You can change right through that door.”

The door led to a bedroom that was also a sort of set. I doubted it was his bedroom.

I removed my clothing and slipped into the filmy white nightie. It was transparent with tiny little pink ribbons on it. When I looked in the mirror I could see my pink nipples showing through, and It barely covered my bottom.

Mr. Chandler leaned in with a wisp of a panty on the tip of his finger. “Oops, forgot these”.

I snatched them from his hand. They were tiny and sheer so you could see my vaginal strip through them.

I felt very girlish in this get-up. I usually sleep naked or wear a tailored pajama, so this wasn’t me at all. But I knew it would be fun.

“Bend over the tub as if you are turning off the water.” He took a shot of my butt from the back. “Now pull up from the hem of the nightie as if you are going to pull it over your head. Okay, stop there.” He snapped several shots of my bare breasts with the panties.

“Go ahead and take it off. Now start pulling down the waist of your panties, just until your crotch shows, now spread your legs a little so I get a peek between your legs. Perfect.”

I stood to wait for his expert direction.

“Now I want you to take the panties off and dip your right leg into the tub so you are straddling it.”

He took a bunch of shots of me naked, straddling the tub, then asked me to sit in the tepid water. It felt warm and pleasant.

“Just stretch up a little so I can see your nipples with the bubbles on them, then I want you to get up on your knees and stick your butt out a little…good!”

“Now turn around and stick it out in my direction. You’re doing great Amy.”  I didn’t have the heart to tell him my name is Sarah.

He had me get out of the tub and pat myself dry with my right foot on the edge of the tub and my left leg on the floor. I think he got the shot he was going for. He called it “The climax shot!”

“Amy, there’s still some light left…would you mind going out into the backyard and pose by my tree? I’d love to get some nature shots.”

I tiptoed barefoot across the lawn and stepped up to the large oak. I leaned against it as naturally as if I had been wearing jeans and a t-shirt.

“Throw your head back a bit and close your eyes.”

“Now turn your bottom toward me.”

When he showed me the results the following week I was sort of shocked that it was me in those photos. The ones with the tree were my favorites. And the bathtub shots made me look like a Playboy centerfold. He was good!

Let’s see, I made $60 an hour and did my own makeup so he paid double what I expected. I figured if I could do one session a week I would be making triple what I made in the salon!

Mr. Chandler said the camera loved me. I was grateful. He hired me to do makeup for him when he did shoots with other models.

“Those girls just don’t know how to do a subtle makeup that looks soft and sensual. Most of the models are very hard looking girls.  They wear too much makeup, you know? I want to see  the beauty beneath the makeup.”

Once I got them scrubbed up and naturalized as Mr. Chandler put it, they became the creatures he was able to sell to his client. 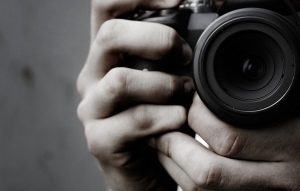 WATCH FOR THE NEXT ADVENTURE WHEN